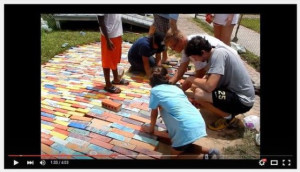 Over the past four years, the Texan-French Alliance for the Arts (TFAA) has developed and produced in-house curated programs, including the very successful citywide “Open the Door” project, under the direction of its Executive and Program Director, Karine Parker-Lemoyne. Using creativity, and the alliance of art with other disciplines, to inspire positive change and reconstruct collective partnerships among participants and their extended communities, Karine’s programs strive to meet the challenges of increasing urbanization, such as youth detachment and isolation.

After witnessing the ability of the youth to serve a greater purpose in their communities and to bring innovative ideas into the world around them, Karine was inspired to further cultivate her vision through an educational program in which middle and high school students are invited to reimagine and improve the public spaces of their community. In creating such a program, we would empower the youth and give them a sense of ownership and leadership.

In November 2014, Karine had the opportunity to share the multi-disciplinary approach and new creative direction of the upcoming placemaking program, “From a Space to a Place,” with TFAA’s partners and sponsors at the “Building Community and Celebrating Corporate Engagement” luncheon that she organized and co-presented with Noël Bezette-Flores. In 2015, Karine invited a group of educators, artists and community developers (including Marjon Aucoin, Noël Bezette-Flores, Jade Darwich, David Graeve, Hadia Mawlawi, Sarah Perkins, and Myriam Guichard) to join in on this groundbreaking journey that invites the youth to envision the community of tomorrow.

“From A Space to A Place” is a collaborative mentoring platform that inspires and mobilizes the youth to take action, and to leave their positive mark on the world. The students work closely with their contemporaries and educators to develop their ideas, and to discern which ones will effectively respond to the needs of their community. The end product will reflect the voice of the neighborhood, revealing aspects of its unique history and culture, while the process itself will build human and social connections that will last well beyond the creative journey.

A pilot of this program was implemented this summer (June/July 2015) in two Houston-based schools/community centers: Marshall Middle School in the Northside, and Change Happens in the Third Ward. The program will be challenged and further developed on a long-term basis, after which it will be introduced to several schools in diverse districts this fall.

Many Thanks to our long term sponsors, GDF SUEZ North America/Engie, Total, Technip, Schlumberger,  HCDE  Case for Kids – City-Connections(*) for believing in this program and supporting the vision behind it! 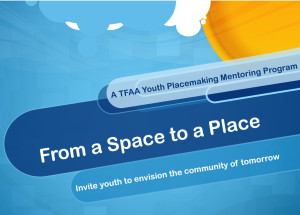 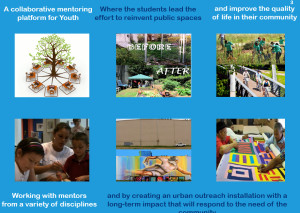 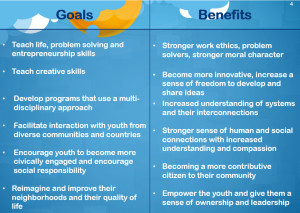 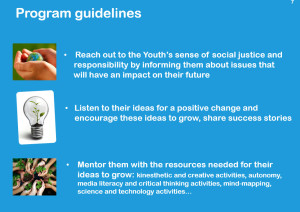 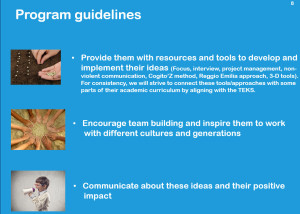 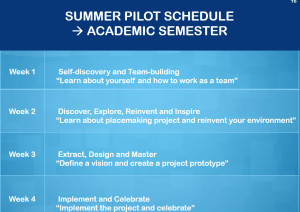